The Fisherman's Friends in the Great Hall 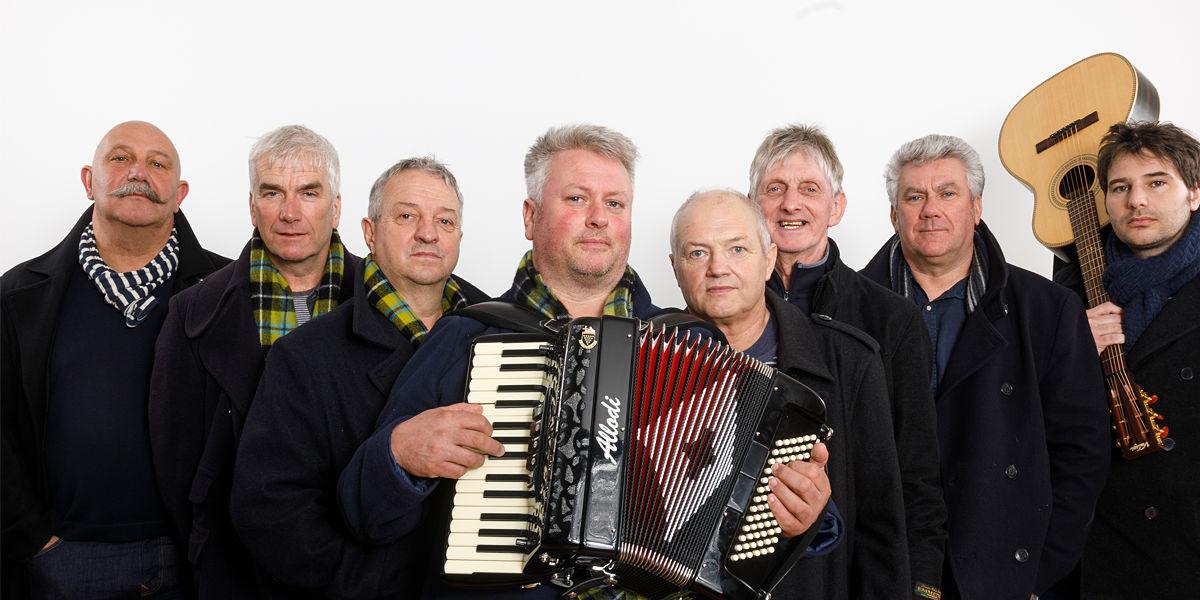 Cornish shanty singers The Fisherman's Friends have announced a UK tour for September and October 2019 and we are thrilled to be welcoming them to the Great Hall on Saturday 12th October 2019.

The original ‘buoy band’, bound together by lifelong friendship and shared experience, for 30 years the Fisherman’s Friends have met on the Platt on the harbour in their native Port Isaac to sing the songs of the sea. A decade ago they were persuaded to sign the record deal that saw their album Port Isaac’s Fisherman’s Friends go Gold as they became the first ever traditional folk act to land a UK top ten album.

The incredible true story of how that happened is told in the hit feel good movie of the year Fisherman’s Friends, starring Daniel Mays, James Purefoy, Tuppence Middleton and Noel Clarke with cameo appearances from the group whose voices also appear on the soundtrack. The new film was released in cinemas across the UK on Friday 15th March.

Heading out on a huge UK tour this autumn expect a fresh catch of shanties and songs of the sea as well as a net full of nautical nonsense from Cornwall's Saltiest Sea Dog singers. Tickets are available from www.gigsandtours.com