Flying The Flag For Business Tourism In Exeter 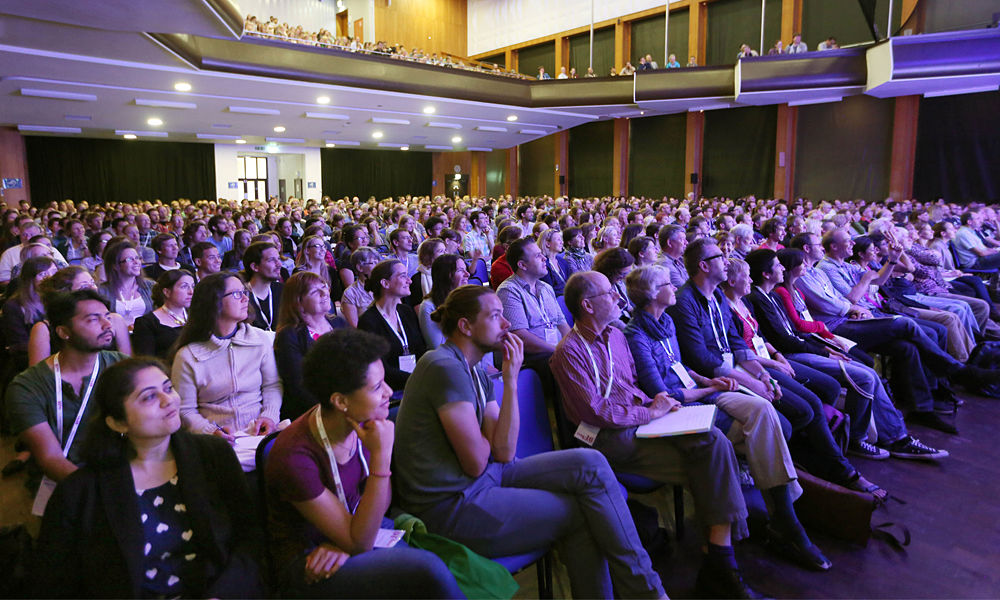 Event Exeter are flying high this spring as they celebrate being named finalists in the national Conference Awards.

The announcement follows a string of recent successes for the event management specialists, having already been recognised as finalists in the Exeter Living Awards and Academic Venue Awards so far this year. 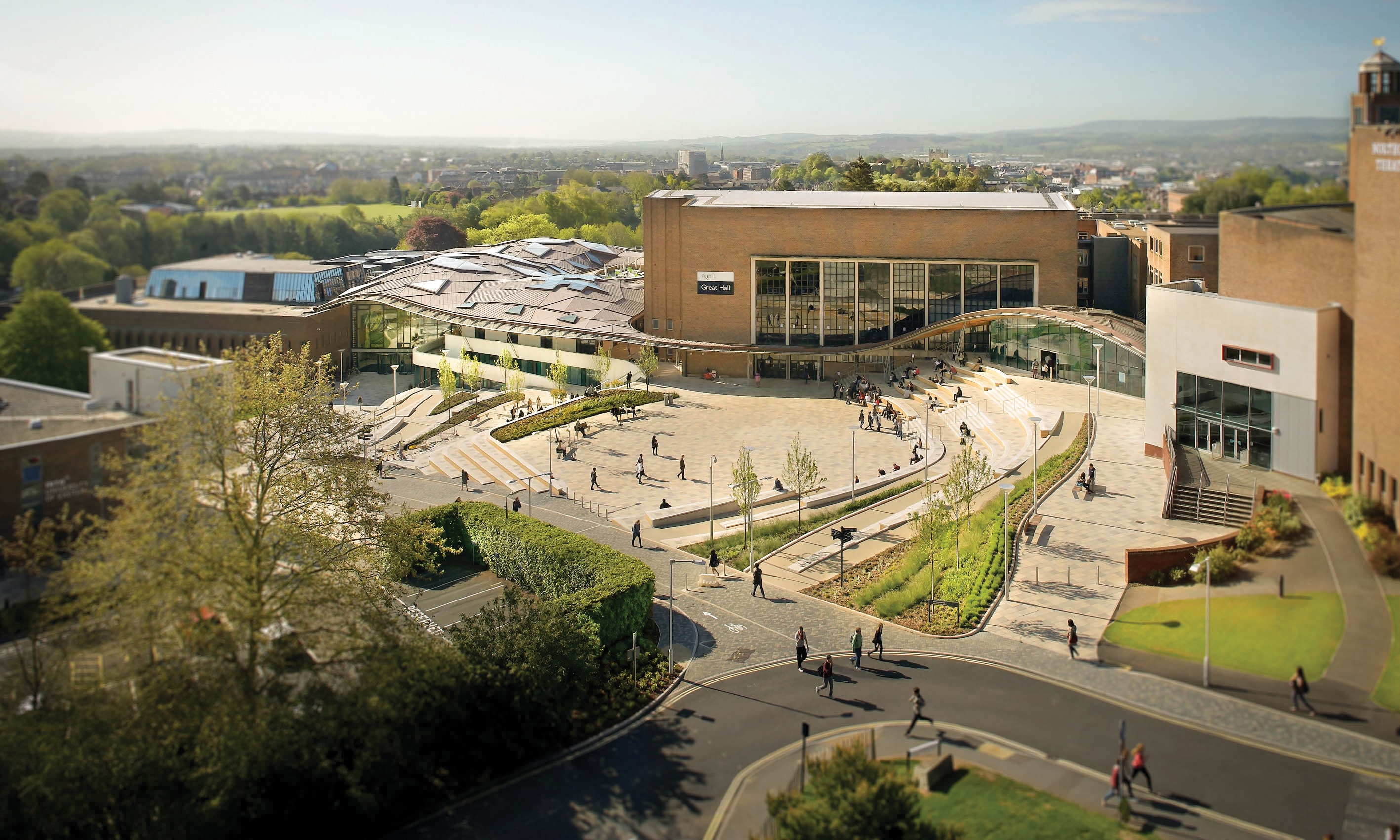 Taking place in London in July, the prestigious Conference Awards represent the pinnacle of achievement for professionals in the event industry. Finalists in the Best Conference Venue (over 1250 Theatre Style) category, Event Exeter  is placed amongst a number of national high profile, purpose-built conference venues, including ICC Belfast, ICC Birmingham and the Midland’s Ricoh Arena.

Spotlight on the South West

Event Exeter is the only venue from the South West to have been shortlisted, once again bringing the spotlight to Exeter - a city  already flourishing having been recognised as one of the fastest growing economies in the UK and now sitting 12th in the city UK competitiveness index.

Exeter proudly plays host to a range of tech-based businesses, with the University of Exeter having recently been announced as a collaborator in the multi-million pound Institute of Technology, which is set to revolutionise digital, engineering and manufacturing technology education across the South West.  This announcement will firmly cement Exeter as a key destination for tech-based business events.

The shortlisting also comes at a time when business tourism in Exeter goes from strength to strength.  According to a recent Visitor Numbers Report from Exeter City Council, business trips into Exeter currently contribute over £6.6m to the local economy from UK visitors alone.

In 2018-19, the Event Exeter team managed over 900 events on campus at the Russell Group University of Exeter, which is currently ranked by The Times and the Sunday Times as 14th in the UK.

As well as a conference, exhibition and concert hall, the University’s Great Hall has established a reputation locally as the best awards venue in Exeter. It is the current home to the Taste of the West Awards and the Exeter Living Awards, who, following their event in March 2019, said: 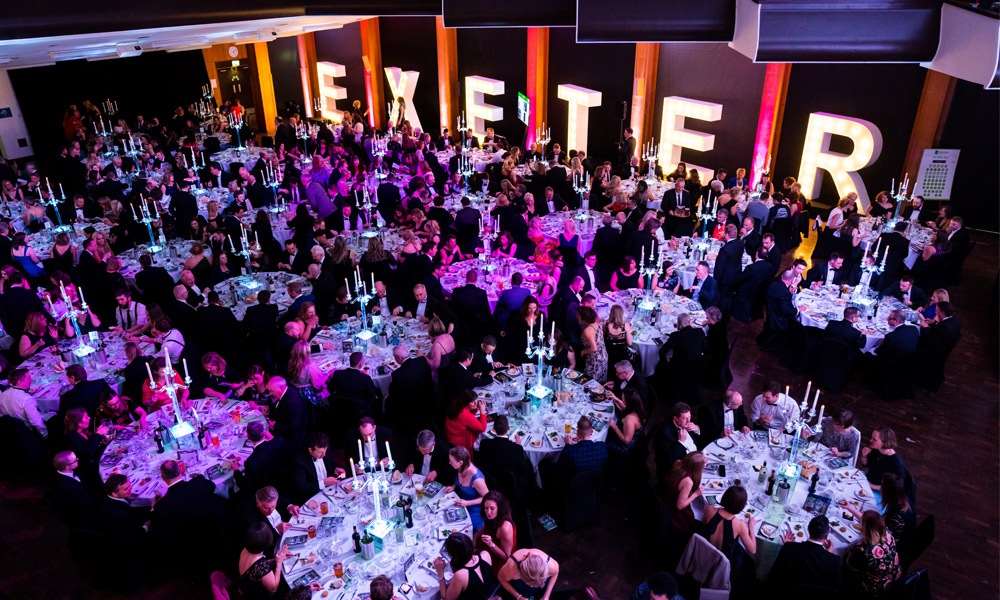 We were delighted to host Exeter Living Awards for the third year in a row at the University of Exeter. The event has established itself there as a go-to evening for the business community of Exeter and has improved year on year with the support of the Event Exeter team.”

With seating for up to 1400 delegates and onsite accommodation for over 2000, Event Exeter’s versatile facilities are perfect for large day or residential conferences. Regular national customers include the Arboricultural Association, who chose Exeter to host their conference in 2009 and 2013, then returned to the University’s 300 acre Green Flag Awarded campus in 2017, having signed a contract for the following three years.

Through their commercial work, Event Exeter are able to support the first-class teaching and research delivered by the University of Exeter. Any income generated through the use of the University’s event venues is reinvested into the campuses to further enhance the student and staff and in turn, local visitor experience.

“It’s an absolute honour for us to have been recognised in these national awards alongside industry greats, such as Birmingham and Belfast.

The news of our shortlisting will be a huge boost to the team at Event Exeter as they prepare for, what is set to be, another busy conference season.

We are hugely proud to be flying the flag for the South West and raising the profile of, not only the outstanding venues at the University of Exeter, but this wonderful city too. When it comes to UK cities, Exeter might be small, but it certainly does its best to keep up with the rest.”

To find out more about how this award winning team can work their magic on your next event...